We were delighted to see that the Nominees for the 81st Academy Awards recognized the film “Trouble the Water” from Zeitgeist Films in the category of "Best documentary feature." The work of Tia Lessin and Carl Deal, this impressive documentary, which won a Grand Jury prize at Sundance 2008, presents "a unique, ground-level perspective on Hurricane Katrina that's been sorely missing from previous accounts of the disaster" (Roger Ebert).

Some people might feel like Hurricane Katrina is old news, but you would only think that if you had never experienced a hurricane or The South. Having experienced both, I think it is hard to overstate the importance of this cataclysmic event in America history, particularly Black American History. In many ways it was a turning point.

One reason I say this: our own documentary, Dare Not Walk Alone, might never have achieved theatrical release, were it not for Katrina. The reason? A lot of people who saw Dare Not Walk Alone before Katrina thought we were exaggerating the racial and social injustice we had documented in Florida.

While it is true that a documentary film maker can do that, choose the images he or she includes in the film to overstate the case, that is not what Jeremy did when he made Dare Not Walk Alone. There was as a lot more Jeremy could have included in the film about how bad things were and still are, but the problem, pre-Katrina, was that "the truth" was known only to a segment of the American people, a segment to which few people listened and about whom, judging by our government's reaction to Katrina, few people cared. In other words, pre-Katrina, people thought Dare Not Walk Alone lacked objectivity. That made funding (which has been, and remains, a huge challenge for the film) hard to find.

What happened during and after Katrina is that the measure of "objective" changed. Americans outside The South--and those who had managed to live in the South without fully experiencing The South--saw the harsh and undeniable reality on their TV. This was both important and unprecedented in so many ways, not least of which is the huge outpouring of support and aid that came from "regular" Americans, locally and nationally.

I don't think it is a stretch to say that you could glimpse the possibility of a black president in the aftermath of Katrina. It was clear from the positive responses to this natural disaster that a critical mass of Americans felt that the storm victims were their peers, their fellow Americans, worthy of equal treatment in all aspects of American life. Equally clear is the fact that many Americans now reject as unrepresentative and unworthy, a government that does not care equally or enough--as measured by real world action--about all Americans.

However, just as the election of an African-American president does not mean the Beloved Community has now been achieved, the passage of time does not mean that the wounds of Katrina are healed. There is much work still to be done and "Trouble the Waters" is a powerful reminder of that. So we say Thank You to the Academy of Motion Picture Arts and Sciences for recognizing this film and Bravo to its makers.
.

So why does the Dare Not Walk Alone blog care that Arne Duncan was confirmed U.S. Secretary of Education by the Senate (it happened yesterday, January 20, right after the inauguration of President Obama)?

Because Arne Duncan is going to be a great Secretary of Education? Well yes, we think he will be that. And we extend our congratulations on his appointment. But we also care because he is one of a number of public officials who in the past have been very supportive of the Dare Not Walk Alone project and whose profile has been rising of late. No, we're not suggesting that endorsing Dare Not Walk Alone will boost your standing as a politician or public servant. What we are saying is that our country is changing, and for the better!

Then he said he had to go, he was due to meet with the President. And too late I though to ask him: "Do you have a copy of the DVD you can give him?" Darn! Maybe next time.
.

This just in...a screening of the film in St. Augustine this evening, Saturday January 17, at Memorial Presbyterian Church, 32 Sevilla Street.

The event, at 6 p.m. in Fellowship Hall, is free and open to the public as part of the services of remembrance planned as tributes to Dr. Martin Luther King Jr.
.

Thanks Gainesville! Great evening at The Hippodrome

A huge thanks to Shirley Lassiter and the Crystal at The Hippdrome State Theater in Gainesville for the opening of Dare Not Walk Alone last night (runs all week folks--don't miss it). The Hipp is an impressive venue.

It was great to catch up with (Vice Mayor) Errol Jones and I really appreciated the way he jumped in to answer questions in the lively Q&A session after the screening. (He later told me he is up for more such events, so if you have sponsorship for a screening, that can be arranged--he really is an articulate voice for the community.)

Thanks to everyone who came out to see the film [on a relatively cold evening]. Please spread the word. And if your company would like to sponsor kids from Alachua County Schools to go see Dare Not Walk Alone, please call 352.373.5968 and ask for Shirley. Thanks. 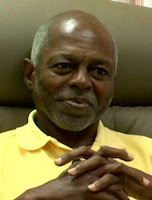 Great news, film fans. I have just learned that St. Augustine City Commissioner Errol Jones will be attending the Dare Not Walk Alone reception at 6PM at The Hippodrome State Theater in Gainesville on January 16 (yes, that's next Friday).

If you have seen Dare Not Walk Alone you know that Commissioner Jones has some pretty insightful things to say about what happened in St. John's County in 1964 and conditions in the African American community there today.

I am delighted Commissioner Jones will be attending the reception and the first Gainesville screening of the film (at 7PM) because he can speak to current conditions better than I (as one of the film's producers, I will also be there--but I have spent most of the past twelve months traveling and moving my family to Upstate New York).

This will be first screening since last week's announcement of the film's nomination for the NAACP Image Award in the category of Outstanding Documentary, so I'm thinking there will be a big turn out. (Why not buy your tickets ahead of time, right here.)

Hope to see you there!
.

Some more data on the NAACP Image Award nominations.
The award ceremony is on February 12 in Los Angeles.
Live television coverage is on FOX (check local listings).
Here's a handy list of the nominations.
Dare Not Walk Alone is nominated for Outstanding Documentary.

We are honored and delighted to report that Dare Not Walk Alone has just been nominated for an NAACP Image Award, as reported in Variety today.

In this busy award season it is hard to think of an award nomination more significant for Dare Not Walk Alone than this one. This year the NAACP celebrates its 100th anniversary. And these are the 40th annual Image Awards. We are extremely grateful to the 40th NAACP Image Awards’ Nominating Committee for recognizing Dare Not Walk Alone in this way.

Dare Not Walk Alone is nominated in the documentary category, along with "The Black List" (HBO); "Black Magic" (ESPN); "CNN Presents: Black in America" (CNN); and "Trouble the Water" (Zeitgeist Films). We are honored to be competing with such prestigious programming.

We will be posting more on this development shortly. Right now we'd just like to thank all our supporters for having faith in this film, and express our thanks again to the NAACP nominating committee for shining a light on Dare Not Walk Alone.
.

Dare Not Walk Alone wishes everyone a great 2009, and sends out a huge Thank You to all who supported the film in 2008. Your emails, comments, blog posts, ticket and DVD purchases, all were much appreciated.

2009 is going to be an historic year. The inauguration on the 20th of this month will be a landmark in the ongoing struggle for a truly equality in the world. But let us not forget that the struggle continues. We are nowhere near achieving the "post-racial society" that some commentators are talking about. We agree with Michael Fauntroy on this:

Those who see America as "post-racial" may well be guilty of prematurely hoisting the "mission accomplished" banner. They should be aware of some unfortunate truths that still frame the world in which many Americans still live. For example, African Americans comprise nearly half of the 2.4 million people incarcerated in the United States, but make up but 12 percent of the total population. African Americans also suffer from disproportionately high school dropout and poverty rates.

So, at the start of this new year, let us take heart from all that was so bravely accomplished in the past (remember, January 1 also marks the anniversary of emancipation, 146 years ago this year). A lot of progress was made in 2008. Let us dedicate ourselves to achieving even more in 2009.