50 Years On: Remembering the fight to pass the 1964 Civil Rights Act

Fifty years ago today, the 72-year-old mother of the Governor of Massachusetts, Mary Parkman Peabody, was arrested at the Ponce de Leon Motor Lodge in St. Augustine, Florida, for attempting to be served in an integrated group at a racially segregated restaurant. This mixed race group was one of many trying to put pressure on congress to pass the Civil Rights act which was being filibustered.

We encourage you to look at this archive photo of the event, the "reading of the sit-in law" to a group of elderly ladies and an African American dentist (Dr. Hayling, whose fingers were intentionally broken by the KKK). The man making the arrest is St. John County Sheriff L.O. Davis. 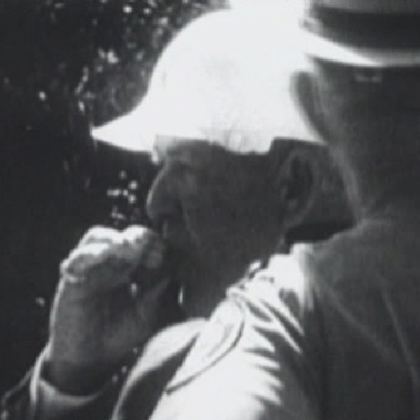 The attention paid to this event by the national media foreshadowed the impact of another, even more dramatic integration protest, when an image of black and white Americans united against segregation would grab headlines around the world and lead the President of the United States to say: "Our whole foreign policy and everything else could go to hell over this."

You can read a lot more about these historic events, many of which have long been overlooked in the gentrified mainstream histories of the civil rights movement, at this Civil Rights Movement Veterans website, hosted by Tougaloo College, Tougaloo, MS.

Note that some versions of the Parkman Peabody Ponce de Leon arrest have the date as March 30 or April 1. We went with March 31 as a compromise.

Also note that we are not showing the Parkman Peabody arrest photo on this page because is owned by Bill Gates, co-founder of Microsoft. Mr Gates' company, Corbis, charges $1,000 a year to put this photo on a web page, so we took the cheap route and provided a link to the catalog.